CLASS ACTION IS THE BEST TOOL TO STOP CORRUPTION, TAKE YOUR FREEDOM BACK, TAKE YOUR MONEY BACK, MAKE CRIMINALS PAY AND FACE JUSTICE.

I’m usually checking my language when I write letters, but today I have no time for that. On my website freedragon.uk on the home page, I got plenty of evidence that you and the rest of the government, the police captain, Judges, all the shareholders of the pharmaceutical companies like Vanguard, Black rock, and the banks, you’re all committing mass murder.

You told Us you did not have treatment for COVID-19 the only option is New experimental injections, this was a lie. You let millions of people die. On my website, I can prove to you that you had old and cheap treatments. This is the first mass murder.

You told Us the new experimental vaccines are safe and effective this was a lie according to vigiaccess.org over 4,000,000 adverse reactions, over 22,000 deaths and dozens of thousands of people permanently disabled globally.

In the UK the MHRA Yellow Card has recorded over 2150 deaths from these killer injections and thousands of permanent disabilities. Now you’re trying to give it to the kids, enough is enough. This is the second mass murder

Private Health workers who lost their job because of the Nazi covid pass. You took NHS money to pay your friends and the pharmaceutical cartels. With the document (Changes to Human Medicine) you have given pharmaceuticals no liability for any side effects or death from these injections. You have given them the right to kill.

Now the taxpayers have to pay £120000 for each and every person who has over 60% disability or death from these injections.

You let NHS die at the same time thousands of people waiting for cancer and other treatments dying untreated, this is the third mass murder.

Now you tell us we have to pay more for energy bills because of Russia. And we are not allowed to use our local coal for cheap energy because of global warming. After you killed us, now you care about global warming? Do you care about the people who voted for you? Your energy bills will destroy the small business and people will freeze to death this is the fourth mass murder.

You are murderers, I demand you and all the above people to face justice from an independent and fair judge for mass murder and treason.

Second Letter I post it on the page www.freedragon.uk Is similar with the original letter with some extra information

I went to the Crown Court on 12 September 2022 about Cinema & Co and Anna Redfern. I am disgusted with the witch-hunt. Accusations She did not ask for a covid pass.  Anna breaks into her own shop. Affiliated with the right-wing and Antivaxxers. And what Anna did do with the Covid grand and the donations? Did she use the money for holidays or not, this is another crime.

Dear Judge Paul Thomas, I would like to ask you what the Conservatives did with £2 Million donations from Russia and what the Labour Party did with £700,000 money from a Chines Spy. Can you find out for me, please? Can you find out for me if we have Russia ruling the UK government or Chines? I don’t believe we have a British government, all of them have been bought. Then we can talk about Anna Redfern’s donations and covid grand.

At the same time, you’re having fun with your witch hunt UK Government committing mass murder and crimes against humanity. All the evidence is on my website www.freedragon.uk

Let me take you through the things you should be focused on.

Basically, they give pharmaceuticals the right to kill. Now the Taxpayers have to pay £120,000 for each and every person who has 60% disability or death from these killer injections. The time you tried to criminalize Anna Redfern for the NAZI covid rules, the Criminal government and big pharma killed over 2150 people and now the taxpayers have to pay over £500,000,000 for vaccine injuries and deaths. The Criminal Government will take taxpayer money to pay for their wrongdoing. Is that looking right to you?

The Greek Government gives 2 options to over 7500 Greek health workers: you will quit your job and have no right to work again as a Health worker if you don’t get vaccinated or you will stay on unpaid leave for ever and you are not allowed to have any other jobs if they find you working in another job you get a hefty fine. You have fun with witch hunt of Anna Redfern at the time worldwide governments and the shareholders of the Pharmaceuticals like Black Rock, Vanguard and the Banks committing mass murder and crimes against humanity. You can see the full conference on freedragon.uk

It is a crime, Is all about money and power. These people could be saved, people have to get united and fight, is murder. All the doctors repeated. My favourite response was 2 hours and 11 minutes into the conference, Dr Rallis Andrew bsC, MSC, PhD Imperial College London. States Loud and Clear: -This is a GENOCIDE. 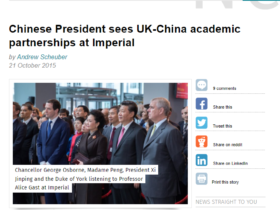 In October 2015 the Chinese Dictator Xi Jinping made his only visit to UK and Imperial College London. The University that lock the world down. Read the book Snake Oil: How Xi Jinping Shut Down the World 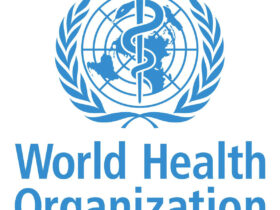 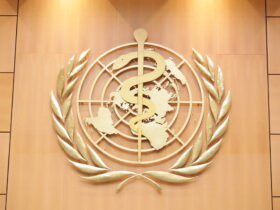 WHO A Global Strategy to leave no one behind. This document is very creepy is all about people microchipped and vaccinated regularly no escape for anybody. Check the link Swansea smart vaccine.

Bankers and the government censoring the truth. Whoever would overthrow the Liberty of a Nation, must begin by subduing the Freeness of Speech, Benjamin Franklin. 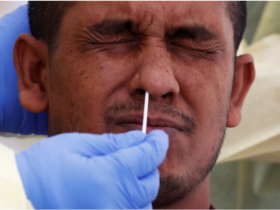 Cyprus Workers Union calls for suspension of rapid testing after toxic substance found. The last 5 years in UK we had 20% increase in mouth cancer, does the tests contribute to this increase?

Bankers and the government censoring the truth. Whoever would overthrow the Liberty of a Nation, must begin by subduing the Freeness of Speech, Benjamin Franklin.

Cyprus Workers Union calls for suspension of rapid testing after toxic substance found. The last 5 years in UK we had 20% increase in mouth cancer, does the tests contribute to this increase?

Goodbye, Papa. I promise you with all my heart I will ensure that your premature passing will not be in vain & that we achieve justice.