How American corporate philanthropies launched a national campaign of ethnic cleansing in the United States, helped found and fund the Nazi eugenics of Hitler and Mengele and then created the modern movement of “human genetics.” Some 60,000 Americans were sterilized under laws in 27 states.

In the early 1880s, Herman Hollerith (1860–1929), a young employee at the U.S. Census Bureau, conceived of the idea of creating readable cards with standardized perforations, each representing specific individual traits such as gender, nationality, and occupation. The millions of punched cards created for the population counted in the national census could then be sorted on the basis of specific bits of information they contained—thereby providing a quantified portrait of the nation and its citizens.[2]: 25  In 1910, the German licensee Willy Heidinger established the Deutsche Hollerith Maschinen Gesellschaft (German Hollerith Machine Corporation), known by the abbreviation “Dehomag”.[2]: 30  The next year, Hollerith sold his American business to industrialist Charles Flint (1850–1934) for US$1.41 million (equivalent to $39.2 million in 2020).[2]: 31  The counting machine operation was made part of a new conglomerate called the Computing-Tabulating-Recording Company (CTR).[2]: 31  Flint chose Thomas J. Watson (1874–1956), the star salesman of the National Cash Register Corporation, to head the new operation.[2]: 38–39  The German licensee Dehomag later[when?] became a direct subsidiary of the American corporation CTR.[2]: 44  In 1924, Watson assumed the role of Chief Executive Officer of CTR and renamed the company International Business Machines (IBM).

Black details an ongoing business relationship between Watson’s IBM and the emerging German regime headed by Adolf Hitler and his National Socialist German Workers Party (NSDAP). Hitler came to power in January 1933; on March 20 of that same year he established a concentration camp for political prisoners in the Bavarian town of Dachau, just outside the city of Munich. Repression against political opponents and the country’s ethnic Jewish population began immediately. By April 1933, some 60,000 had been imprisoned.[2]: 44–45  Business relations between IBM and the Hitler regime continued uninterrupted in the face of broad international calls for an economic boycott.[2]: 45  Willy Heidinger, who remained the chief executive of Dehomag, the German subsidiary of which IBM owned 90%, was an enthusiastic supporter of the Hitler regime.[2]: 50

On April 12, 1933, the German government announced plans to conduct a long-delayed national census.[2]: 54  The project was particularly important to the Nazis as a mechanism for the identification of Jews, Gypsies, and other ethnic groups deemed undesirable by the regime. Dehomag offered to assist the German government in its task of ethnic identification, focusing upon the 41 million residents of Prussia.[2]: 55  This activity was not only countenanced by Thomas Watson and IBM in America, Black argues, but was actively encouraged and financially supported, with Watson himself traveling to Germany in October 1933 and the company ramping up its investment in its German subsidiary from 400,000 to 7,000,000 Reichsmark—about $1 million (equivalent to $20 million in 2020).[2]: 60  This injection of American capital allowed Dehomag to purchase land in Berlin and to construct IBM’s first factory in Germany, Black charges, thereby “tooling up for what it correctly saw as a massive financial relationship with the Hitler regime”.[2]: 60

To read the full story click the following link:https://en.wikipedia.org/wiki/IBM_and_the_Holocaust 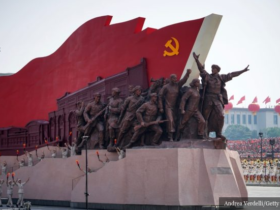 Chinese billionaires with direct links to the CCP are buying up British schools — and flooding the curriculum with their propaganda. There are currently 17 private schools in the United Kingdom owned by Chinese firms,

The difference between the covid vaccine from all other vaccines in history is: NO LIABILITY

Detox from the killer covid injections, and any other toxins, also reduce the symptoms of Autism with plants in your garden.

A Student was forced to have the killer injection for college and died. MURDER

Detox from the killer covid injections, and any other toxins, also reduce the symptoms of Autism with plants in your garden.

Asbestos has been banned since 1985. Why did US regulators detect Asbestos in Jhonson & Jhonson Baby powder in the year 2019? Who wants to kill our kids?